The Grey Album is a mashup album by Danger Mouse, released in 2004. It uses an a cappella version of rapper Jay-Z's The Black Album and couples it with instrumentals created from a multitude of unauthorized samples from The Beatles' LP The Beatles (more commonly known as The White Album). The Grey Album gained notoriety due to the response by EMI in attempting to halt its distribution.

The Grey Album was released digitally in limited quantities, mostly for free, and little is known about the minimalist artwork that was used as the digital album cover.

However, an alternative cover was designed by Justin Hampton, and this one appeared on the website of Danger Mouse. 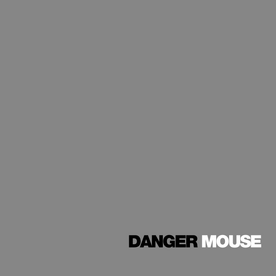