The packaging for the album was created by Stefan Sagmeister and his design team at Sagmeister, Inc. The cover features a contemporary version of a Hindu mandala, reflecting the eastern influences of the lyrics. 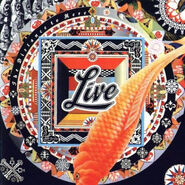 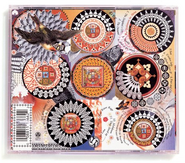 Examples of Hindu mandalas that Inspired the Cover

Maṇḍala (मण्डल) is a Sanskrit word that means "circle". The sacred art of Hinduism and Buddhism often takes a mandala form. The basic form of most mandalas is a square with four gates containing a circle with a center point. Each gate is in the shape of a T. Although these designs have many names for different religions, origins, and regions, mandala has become a generic term for any geometric pattern that represents the cosmos metaphysically or symbolically, a microcosm of the Universe from the human perspective. 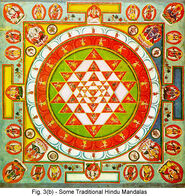 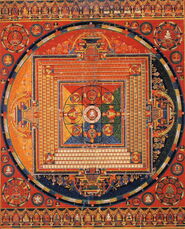 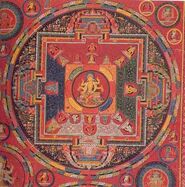 Retrieved from "https://albumcovers.fandom.com/wiki/The_Distance_to_Here?oldid=4179"
Community content is available under CC-BY-SA unless otherwise noted.