Album Covers Wiki
Register
Don't have an account?
Sign In
Advertisement
in: The Beatles, Angus McBean, 1963,
and 9 more

Please Please Me is the 14-song debut album by the English rock band The Beatles. The Parlophone label rush-released the album on on March 22, 1963 in the United Kingdom to capitalize on the success of the singles Please Please Me and Love Me Do. Eight of the fourteen songs on the album were written by the team of John Lennon and Paul McCartney, displaying proof of what Rolling Stone later called The Beatles' groundbreaking invention "of the self-contained rock band, writing their own hits and playing their own instruments". [1]

The album's producer, George Martin, was a Fellow of the Zoological Society of London, and he thought that it would be good publicity for the zoo to have The Beatles pose outside the insect house for the cover photo of this album. However, the Zoo turned down Martin's offer, and instead, Angus McBean was asked to take the now famous color photograph of the group looking down over the stairwell inside EMI's London headquarters in Manchester Square. Martin was to write later: “We rang up the legendary theatre photographer Angus McBean, and bingo, he came round and did it there and then. It was done in an almighty rush, like the music. Thereafter, though, The Beatles' own creativity came bursting to the fore".[2] In 1969, The Beatles asked McBean to recreate this shot. Although the 1969 photograph was originally intended for the then-planned Get Back album, it was not used when that project saw eventual release in 1970 as Let It Be. Instead, the 1969 photograph, along with an unused photograph from the 1963 photo shoot, was used in 1973 for The Beatles' retrospective albums 1962–1966 and 1967–1970. Another unused photograph from the 1963 photo shoot was used for The Beatles (No. 1) (also released in 1963). 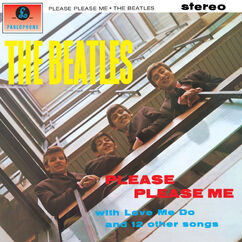 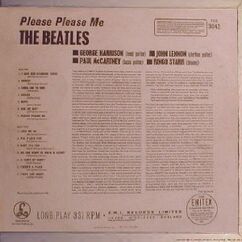 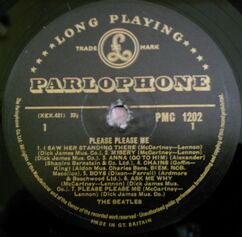 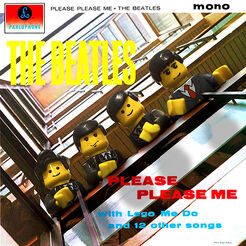 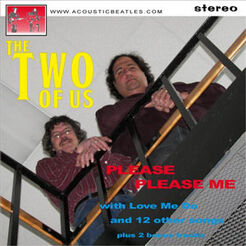