Nevermind is the second studio album by the American rock band Nirvana, released on September 24, 1991, and their first release on DGC Records. Despite low commercial expectations by the band and the label, Nevermind became a surprise success in late 1991, largely due to the popularity of its first single, "Smells Like Teen Spirit". The Recording Industry Association of America has certified the album Diamond (over 10 million copies shipped), and the album has sold over 30 million copies worldwide. Nevermind was responsible for bringing alternative rock to a large mainstream audience, and critics subsequently regard it as one of the best rock albums of all time.

During recording, the album's tentative title was Sheep, something Nirvana front-man Kurt Cobain created as an inside joke towards the people he expected to buy the record. However, as recording sessions were completed, Cobain grew tired of the title and suggested to bassist Krist Novoselic that the new album be named Nevermind. Cobain liked the title because it was a metaphor for his attitude on life, and because it was grammatically incorrect.

The Nevermind album cover shows a baby swimming toward a US dollar bill on a fishhook. The image is often considered symbolic of what is wrong with society, as even a baby can't resist chasing the almighty American dollar. According to Cobain, he conceived the idea while watching a television program on water births with drummer Dave Grohl (see video below). Cobain mentioned it to the record label's art director, Robert Fisher. Fisher found some stock footage of underwater births but they were too graphic for the record company. Also, the stock house that controlled the photo of a swimming baby that they subsequently settled on wanted $7,500 a year for its use, so instead Fisher sent a photographer, Kirk Weddle, to a pool to find some photogenic swimming babies. Five shots resulted and the band settled on the image of a three-month-old infant named Spencer Elden (born on February 7, 1991 in Los Angeles), the son of the photographer's friend. However, there was some concern because Elden's penis was visible in the image. The record label prepared an alternate cover without the penis, as they were afraid that it would offend people, but relented when Cobain made it clear that the only compromise he would accept was a sticker covering the penis that would say, "If you're offended by this, you must be a closet pedophile."

The back cover of the album features a photograph of a rubber monkey in front of a collage created by Cobain. The collage features photos of raw beef from a supermarket advertisement, images from Dante's Inferno, and pictures of diseased vaginas from Cobain's collection of medical photos. Cobain noted, "If you look real close, there is a picture of Kiss in the back standing on a slab of beef." The album's liner notes contain no complete song lyrics; instead, the liner contains random song lyrics and unused lyrical fragments that Cobain arranged into a poem. 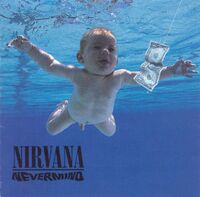 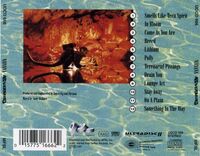 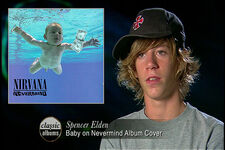 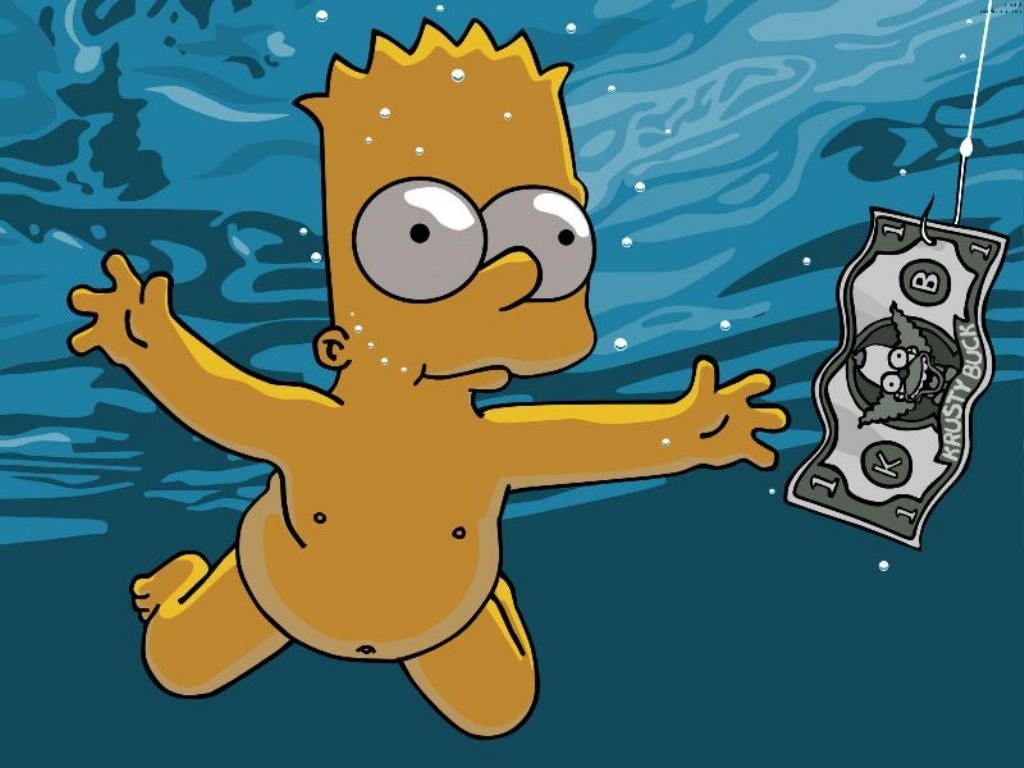 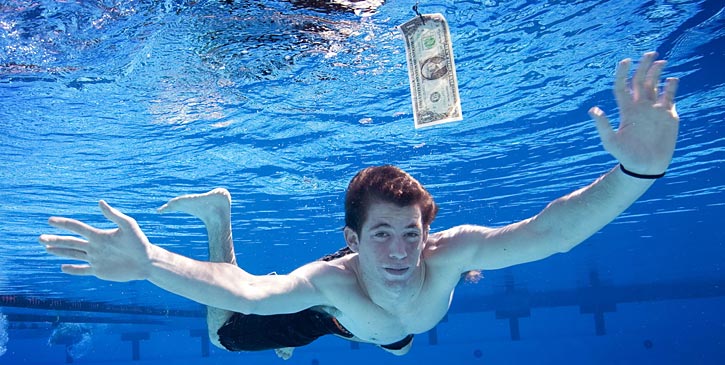 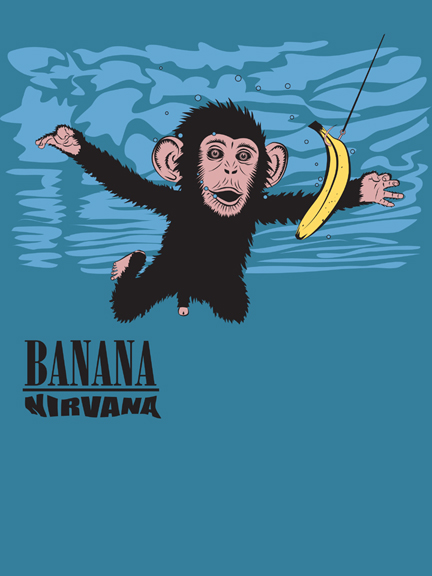 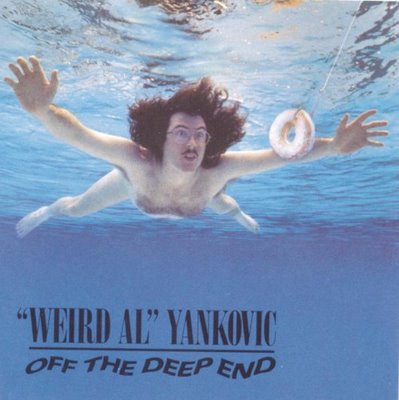 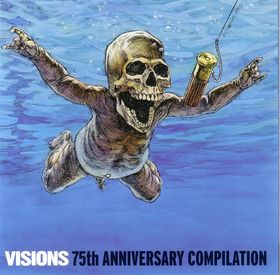 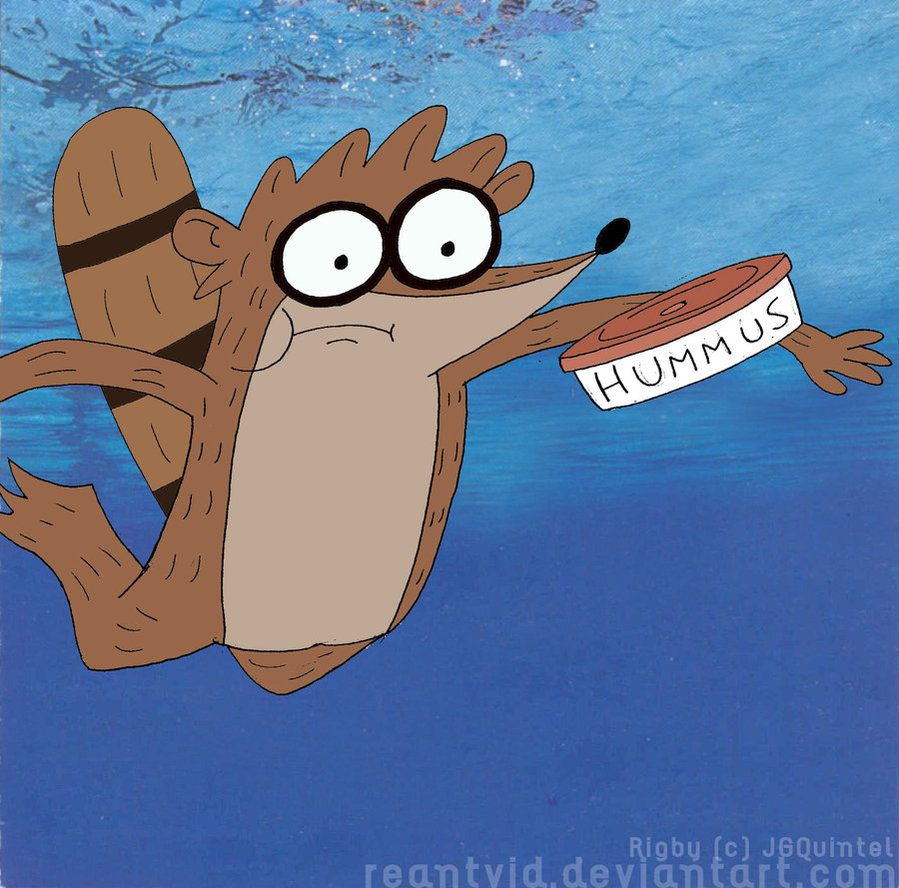 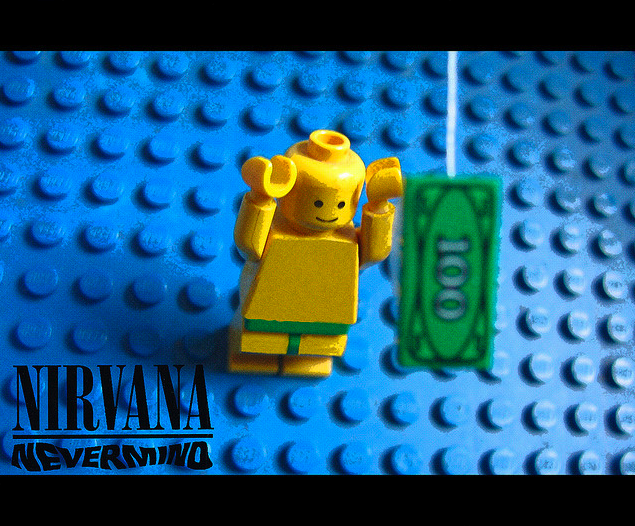 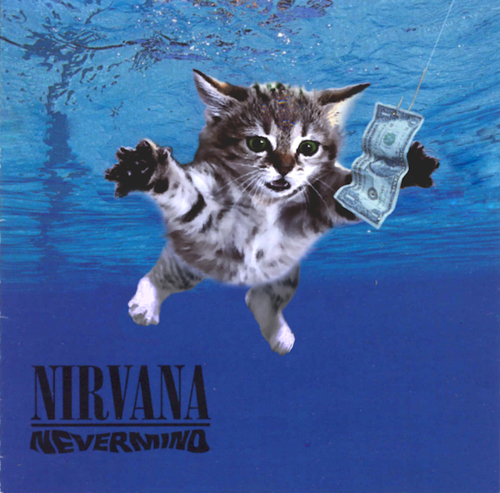 Cat Parody (More Cat Parodies)
Add a photo to this gallery
Retrieved from "https://albumcovers.fandom.com/wiki/Nevermind?oldid=4649"
Community content is available under CC-BY-SA unless otherwise noted.